Standing proudly out from of the Nelson Visitor Centre and historic CP Rail building we have two antic CP Locomotives.

Both built in the 1950s by Wisconsin’s Fairbanks-Morse manufacturers and the Canadian Locomotive Company, the diesel engine of these locomotives was unique in that they were of an opposed piston design first used in submarines and tug boats during the Second World War.

The H-24-66 Trainmaster and smaller H-16-44 series of locomotives were the work horses of  southern BC rail route and main line west of Calgary and the Rocky Mountains.

But in the summer of 1975, a downturn in the economy and rail traffic put these first generation diesel electric locomotives out to pasture — along with the steam locomotives they had replaced.

Both of the Visitor Centre’s locomotives are painted in the popular Canadian Pacific tuscan and grey paint scheme, which in their day matched the standard colour of the passenger trains traveling through the Rockies in the 1940’s, ’50’s, and ’60’s. 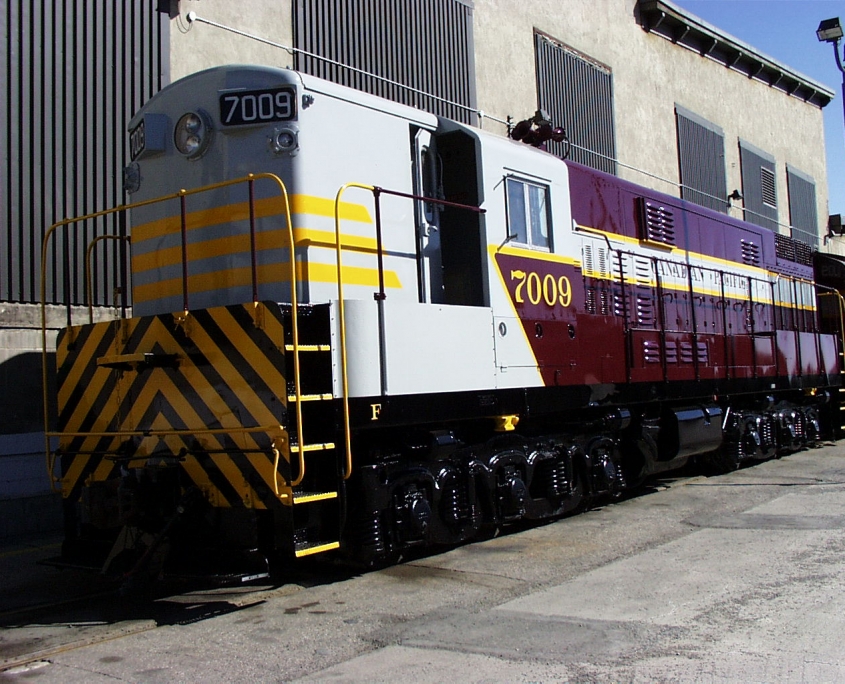 CP 7009, affectionately known as a ‘Baby Trainmaster’ within the industry, was a single unit order for the Aluminum Company of America. Following an operational life of dedicated coal service, the unit was purchased privately in 1982.

Containing the same 1600 HP engine as that in CP 4104, CP 7009 is similar in appearance to CP FM road switcher of the period and is one of only two examples left of FM’s H-16-66 model. The unit carries the last unused digit in the CPR ‘demonstrator’ 7000 series. 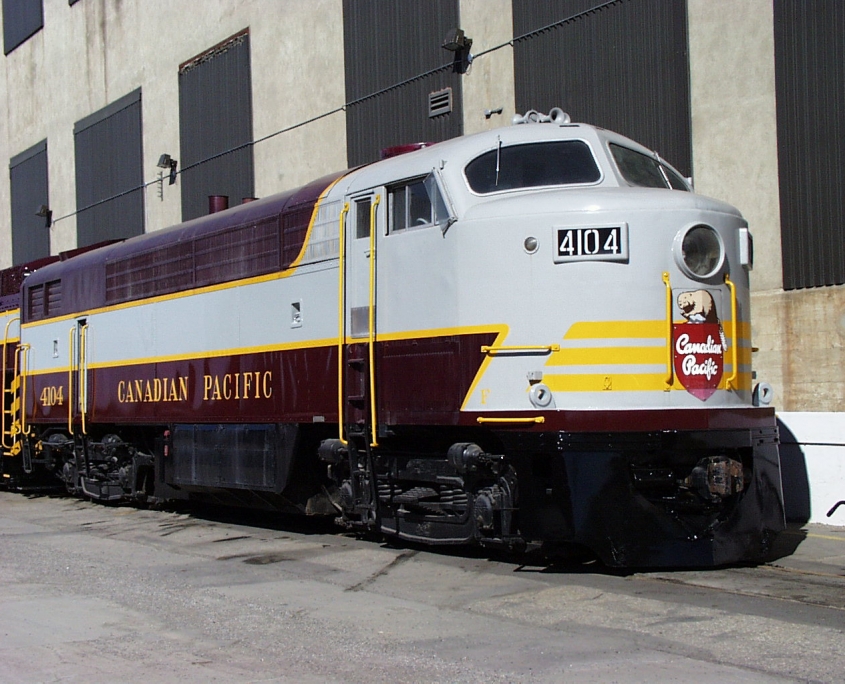 CP 4104 was also among the last of her class to receive a #2 overhaul at CPR’s Ogden Shops
(1969). In 1974, she was retired ‘serviceable’ and subsequently held for disposition. The unit was acquired privately in 1979.