History of the Nelson CPR Station

The Canadian Pacific Railway Station at Nelson is a two-storey, wood-frame, rail-way station. It is located near the lakefront, at the foot of the main thoroughfare, on the edge of the City of Nelson.

The CPR tracks arrived in Nelson in 1891, and in that year the first station was built at this location. When, in the late 1890s, Nelson was designated the Kootenay Region Headquarters for the CPR, this station was built to house increased office space, and to provide better freight and passenger handling capabilities. Ostensibly, it was opened January 1st, 1900. 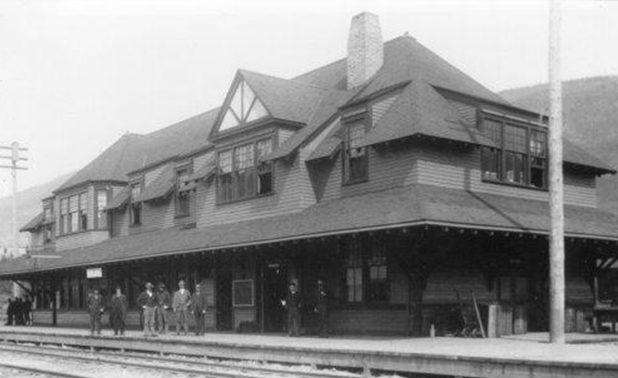 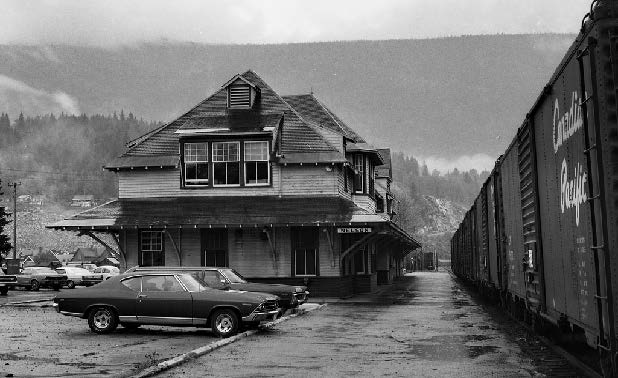 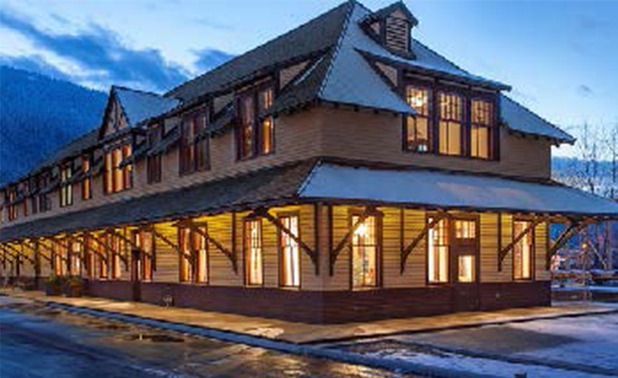 In 1910 it was doubled in size to house the headquarters of the B.C. Lake and River Service, as well as railroad operations. The addition made this a large station, reflecting Nelson’s status at that time as a major ship-ping and transportation hub for the Kootenay region.

The Canadian Pacific Railway Station (CPR) at Nelson reflects the city’s role at the end of the 19th century as a major transporta-tion centre for the mining industry in British Columbia’s southern interior. The station served as a crucial meeting point between rail and steamboat transportation. The station also represents the CPR’s commitment to compete with American railway interests in the south-ern interior.

The Nelson station is a good example of the picturesque aesthetic applied to a rail-way station. It is a substantial structure with complex massing and rich detailing. The station’s wood construction reflects the local abundance of that material, and perhaps, the CPR’s doubts as to the permanence of the mining community. The subsequent additions have not diminished the legibility of the origi-nal station.

The Nelson BC diesel shop was built in the 1950’s to service Canadian Pacific Rail-way’s fleet of CLC built Fairbanks Morse die-sel locomotives. Nelson was the headquarters of the CPR Kootenay Division, and the facilities there included a freight yard, large station, roundhouse, car shop, and this diesel shop. The diesel shop closed in 1974 with the demise of the FM’s, and other facilities such as the divisional offices and most of the yard closed over the 1980’s and 1990’s.

The station sat dormant for many years; However, it was designated a Canadian heritage Railway Station in 1992. In 2010 the Nelson and District Chamber of Commerce purchased the derelict building to house it’s office, the visitor centre, and several other businesses. The station is now known as the Regional Visitor Gateway (RVG).

The Regional Visitor Gateway (RVG) is the biggest restoration project of a single 10,000 sqft. heritage building in the City of Nelson, undertaken by a non-governmental agency at a total cost of $3.7 million dollars. This Regional Visitor Gateway is a main component of a major downtown/waterfront renewal project the City of Nelson is embarking upon; namely the land redevelopment of abandoned and underuti-lized industrial property at the west end of historic Baker Street.

The RVG is a cornerstone of this Downtown Waterfront Master Plan and the City of Nelson’s recently completed Railtown District Planning land remediation and seen as a catalyst for further new land use, real estate development and other economic opportunities. 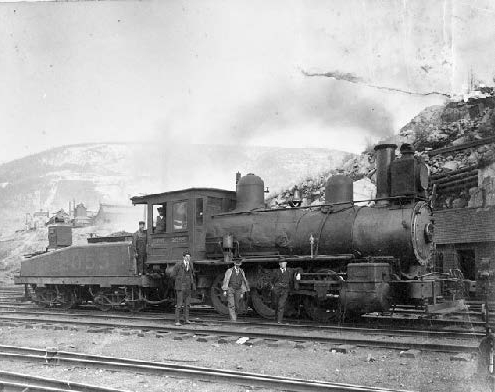 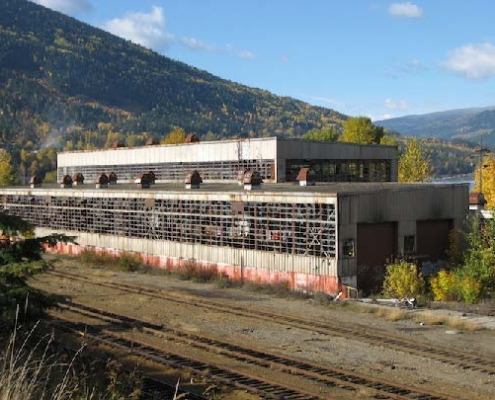 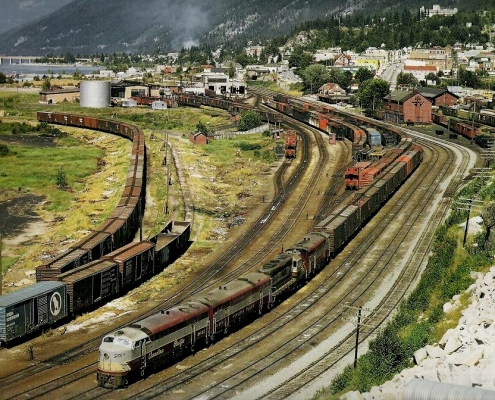 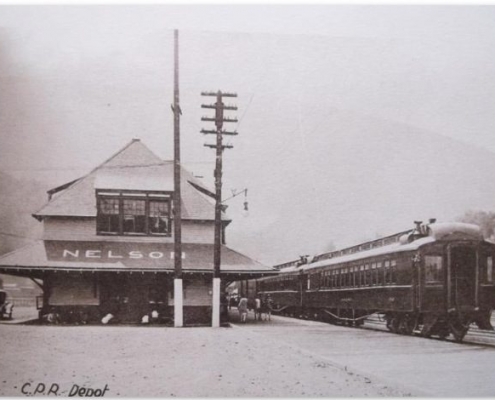 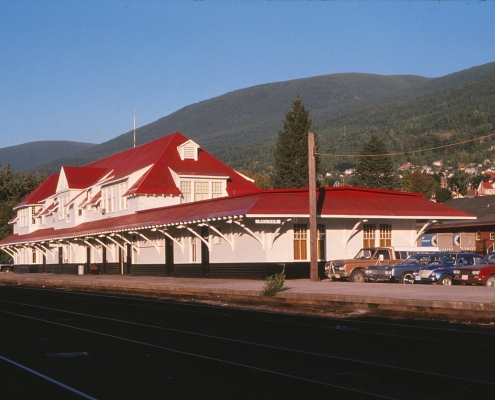 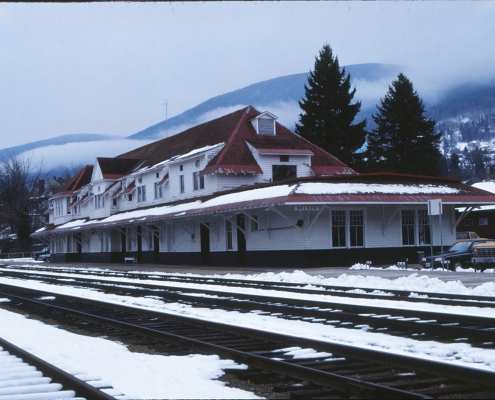 In the early 2000s, the Nelson and District Chamber of Commerce, its members and board decided to take on a extraordinary heritage restoration project. By 2010, the Chamber had an agreement with CP Rail to transfer the property.

The project was painstakingly detailed and included thousands of hours of negotiation, strategizing and eventually millions of dollars. The Chamber secured the site from CP Rail, raised all the grants and community funding and managing the entire project — ensuring an authentic restoration.

Five years and $4 million dollars later, the station stands as it once did, along with an energy efficient heritage retrofit.

Character-defining elements of the Canadian Pacific Railway Station at Nelson include: